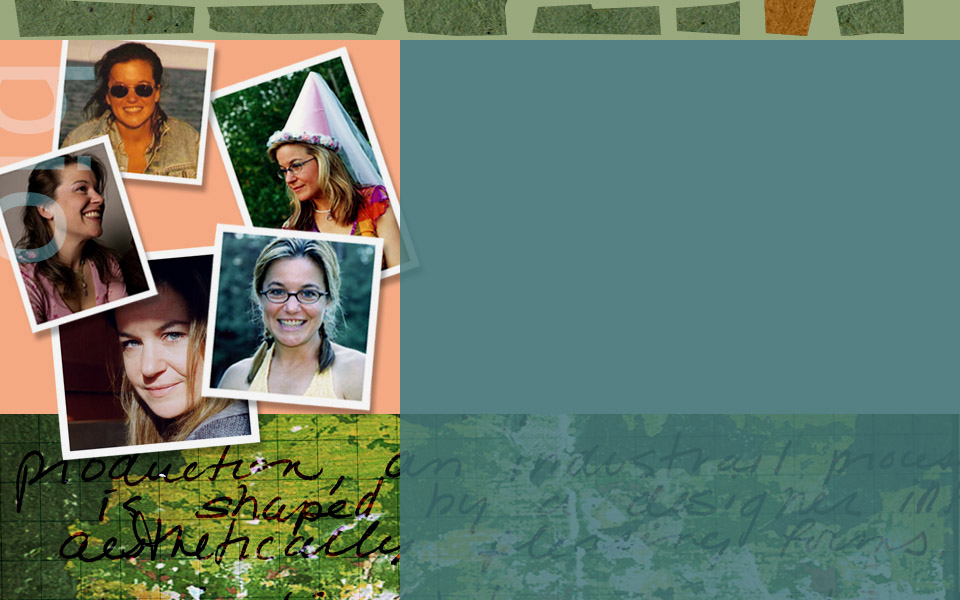 As an English major at Bates College in Maine, Amy volunteered to help start the campus TV station — and soon forgot all about Beowulf. Her fascination with "the biz" led her to Emerson, where she got her Masters in Mass Comm / Broadcasting in 1992. She's been a freelancer in production ever since. By 1997 she was busy as a coordinator / associate producer. But the joy of arranging caterers and location permits couldn't match the toil of making pictures happen — so she made a sharp turn into the art department. A risky move, but it paid off, with lots of interesting gigs, challenges, people, travel to faraway places. Amy also started working more seriously in photography. Her work has appeared in several group shows including the National Boston "Box" gallery — and most recently in Boston's 375th anniversary exhibit.